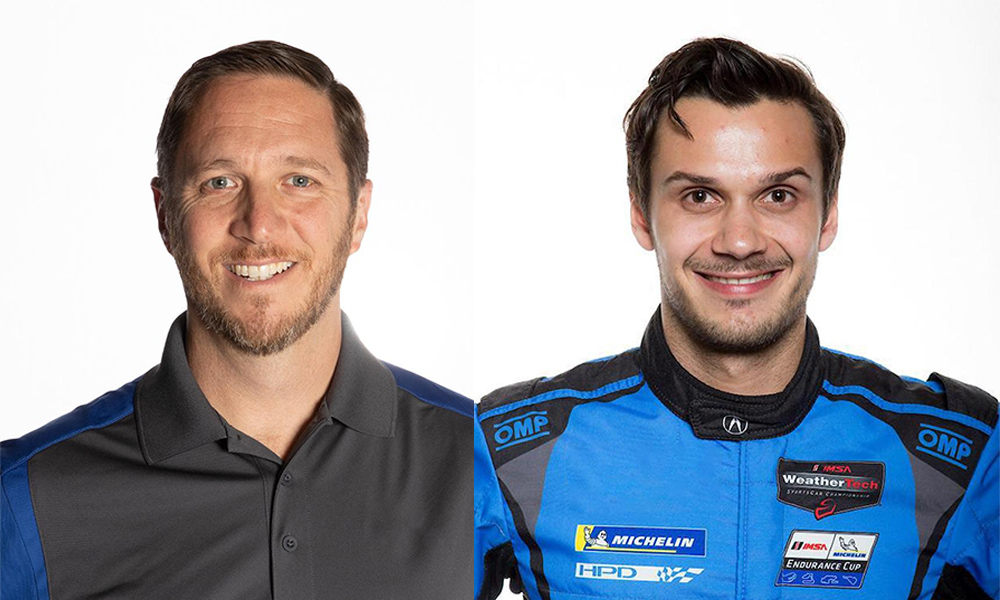 ST. LOUIS, MO (January 13, 2021) - As the curtain falls on the shortened offseason, Magnus with Archangel has completed their lineup for the No. 44 Acura NSX GT3 Evo. The 2021 season will see sports car racing stalwart Spencer Pumpelly team with full season drivers, John Potter and Andy Lally for the four Michelin Endurance Cup rounds and reigning two-time GTD champion Mario Farnbacher join the team for the Rolex 24.

No stranger to the IMSA paddock or Magnus Racing, Spencer Pumpelly is back for another go at the Michelin Endurance Cup in the No. 44. The 2020 season saw Pumpelly earn two podiums alongside Lally and Potter at the Rolex 24 and Petit Le Mans. Now taking to the Acura NSX GT3 Evo, the Atlanta native looks to impress in pursuit of what would be his third Rolex 24 victory.

“I am excited to once again join Magnus with Archangel for the Michelin Endurance Cup in 2021 in their new Acura NSX,” said Pumpelly. “This will be my 20th Rolex 24 as a driver and I'm glad to be contesting it with Andy and John, both good friends who I have known for years. I'm also looking forward to working with Mario Farnbacher at Daytona. He brings a wealth of experience in the NSX and will be a big help in getting us tuned in on some of the subtleties of the new car.”

“The Rolex 24 always involves a little luck, but we are going in well prepared with one of the best teams in the business supporting us. I'm looking forward to the race with confidence in what the guys are going to be putting on track.”

Bringing championship winning knowledge to the Magnus with Archangel team, Farnbacher has won the last two GTD-class titles at the wheel of an Acura NSX GT3 Evo, owning an impressive three wins and eight podiums across the two seasons. The German’s Acura expertise will be invaluable to the team as they prepare for what will be Farnbacher’s ninth consecutive Rolex 24 at just twenty eight years old.

“This is a new chapter for me after being with Meyer Shank Racing for the last three years,” said Farnbacher. “I’m really looking forward to driving with Magnus with Archangel. I know some of the guys personally, and they are a great group.”

“They’ve won at this circuit before and are familiar with how everything goes. We’ve got a good package to win a 24-hour race. We have a good car in the Acura NSX GT3 Evo. I'm looking forward to continuing my relationship with Honda, Acura, and Honda HPD. I can’t wait to get everything started.”

There will be no shortage of action over the next week as the Archangel Motorsports squad prepares for the Roar Before the Rolex 24. The three day event will consist of eight test sessions between the group’s IMSA WeatherTech Championship and IMSA Michelin Pilot Challenge programs, along with the season opening round of the IMSA Prototype Challenge, which can be streamed on NBC TRACKPASS Saturday, January 23 at 12:50PM ET. A new addition to the weekend will be the Motul Pole Award 100; a 100-minute qualifying race that will set the grid for the following week’s Rolex 24. The qualifying race can be streamed on NBC TRACKPASS Sunday, January 28 at 2:05PM ET.